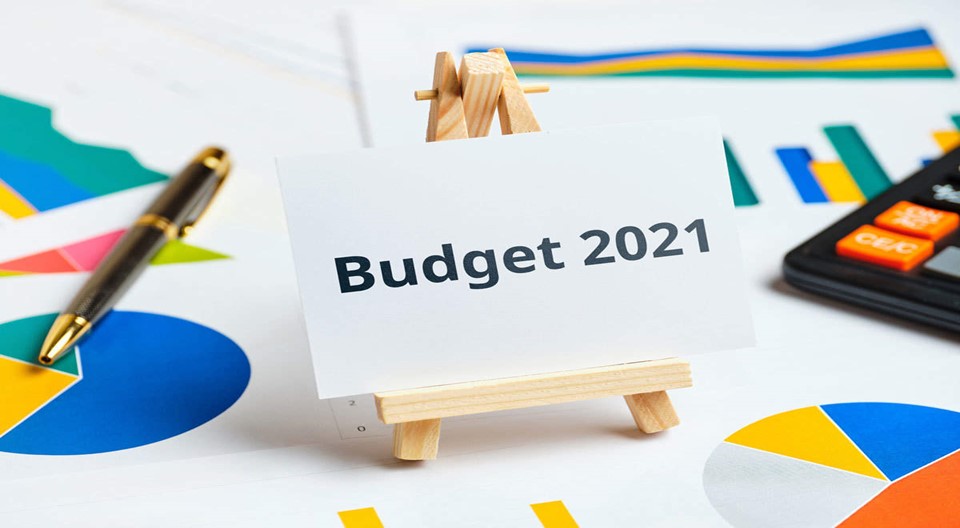 But mixing the beautiful concept of Atmanirbhar Bharath with FDI and disinvestment in the Union budget is disappointing for the employees. Government’s proposals to amend Insurance Act to increase FDI in insurance sector from 49% to 74% as well as relaxation of foreign investments in infrastructure sector will increase foreign dependence and should be reconsidered.

New efforts on mega textile parks, major fishing harbours etc., are welcome moves, but there is no support to crores of existing workers and fishers in such sectors.

None of the demands raised by BMS and other trade unions has been incorporated in the Budget except a special scheme for tea workers in West Bengal and Assam, thus making the consultation process a mockery.

There is no increase in the much expected EPS 95 pension amount or medical scheme for pensioners as demanded by BMS. BMS has demanded Rs.5000 as minimum EPS pension and link it with inflation. BMS demands more support to MGNREGA and Urban employment guarantee scheme also are not included.

Women workers are being compelled to do night shift. There are no income tax reliefs inspite of the adverse effect of the pandemic situation whereas corporate tax is reduced.

There is no concrete proposal to boost up the demand side like increasing wages or basic income of workers. Thus the ‘economic vaccine’ claimed is more harmful than the disease. Such proposals will not be able to increase the growth trajectory or reduce the fiscal deficit in the fiscal year.

The action plans on Budget 2021 will be decided after a detail discussion at the National Executive Council Meetings of BMS to be held at Chennai from 12 to14 February 2021. 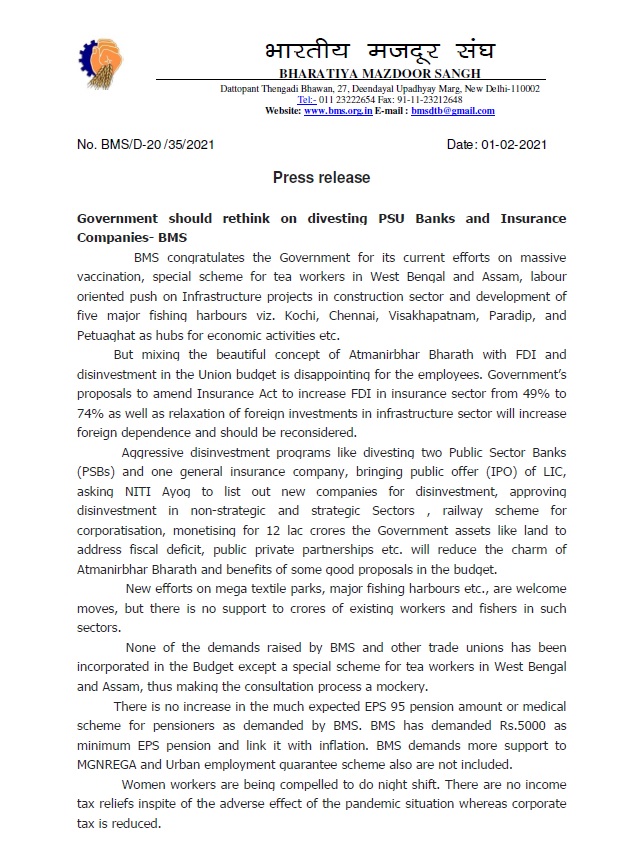 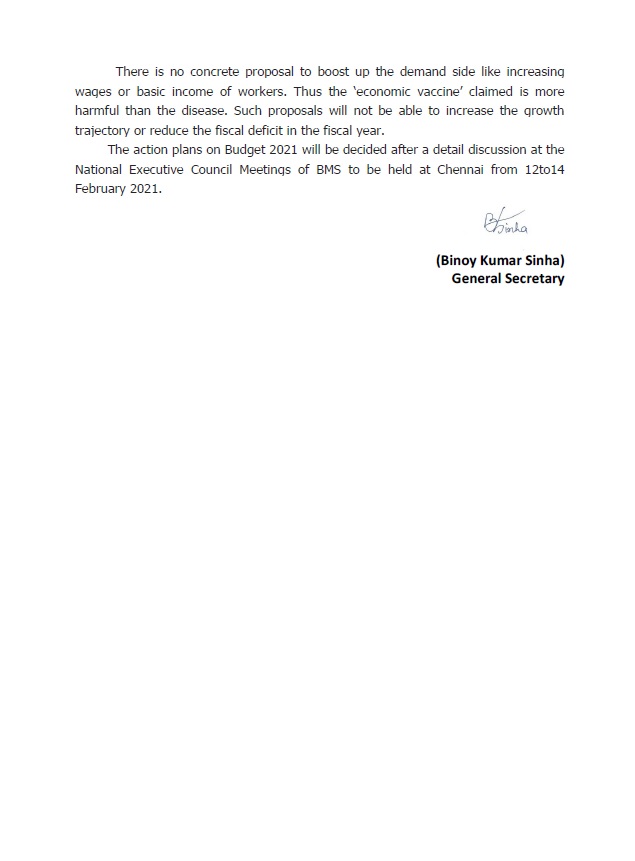