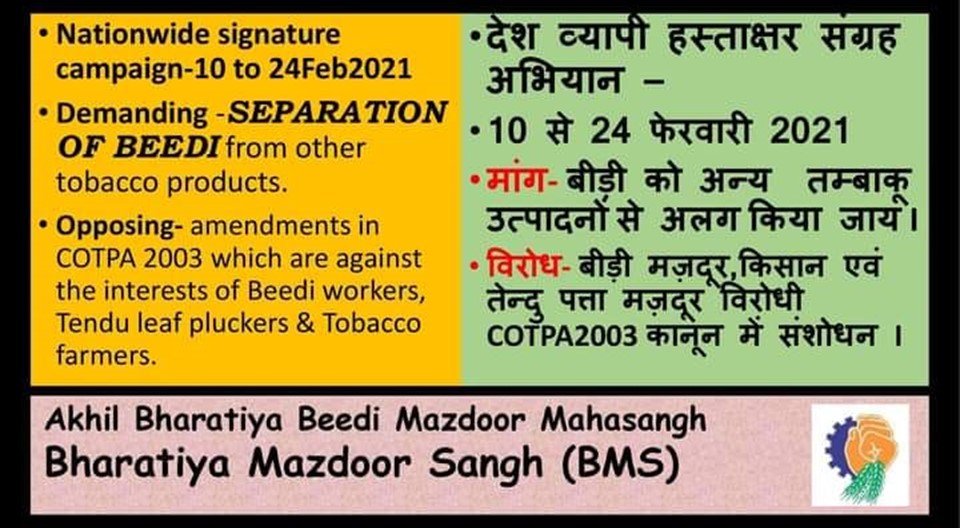 Livelihoods of 25 million workers depended on Beedi Industry are under threat due to the amendments to be made in Cigarettes and Other Tobacco Products Act (. COTPA2003 ).

So, Akhil Bharatiya Beedi Mazdoor Mahasangh of BMS has decided to launch a MASS CONTACT PROGRAMME and Collect Signature from all the beedi industry workers to mount pressure on Government.